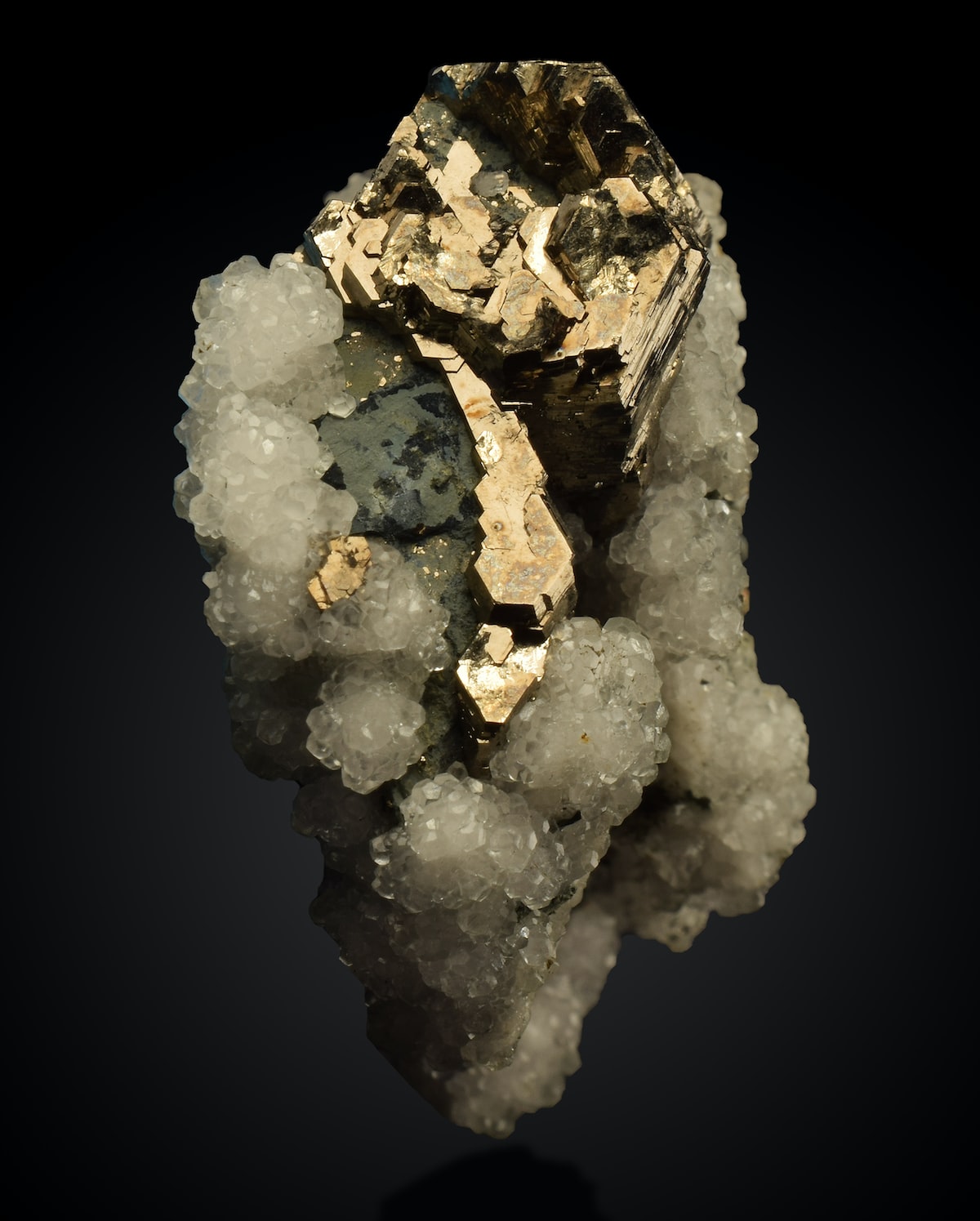 Innocent, almost childlike chimes in contrast with crisp beats and rich bass—a combination that searches for the origin between time and space.

Audio Dope, the producer from Basel, was part of Weekly5 a long time ago. His speciality: filigree compositions, put together with attention to detail and a passion for daydreams. His output is astonishing: Audio Dope released the album Instant Noodle Soup in May, followed in June by Echo Pool II with Kappa Mountain, his collaboration with Matthias Gusset. Since then, three more tracks have come out of his sonic workshop, Quartz being the latest.

Quartz is a storybook example of Audio Dope's skill. He pours thick bass into the foundation, constructs sophisticated struts of intricate beats, and decorates his sound cathedral with playful ornaments. And although Quartz remains an electronic structure, there is something primal and completely human about the song.

It's an infernal dance, a shattering collision of contrasts, a vortex inevitably dragging you in all directions at once.

Brought together by singer Rea Dubach in 2019, Omni Selassi is a construct that, on paper, shouldn't work: A singer battles against two drummers, Mirko Schwab and Lukas Rutzen. And yet, against all odds, the Swiss trio not only beats the odds but thrives in light of the impossible. Even the name of their debut album, Dance or Die, conjures the ultimate challenge as if nothing with smaller stakes is worth the fight.

D1111NGER is one of these manifestos for overcoming sonic adversities. It's an almost 8-minute-long tribute to psychedelic Kraut rock; constantly evolving, never satisfied with the places that just have been discovered. Omni Selassi are hard at work, constructing ideas only to disassemble them again. Dubach's singing seems detached, in a trance over the rattling drums, which sound so raw and unforgiving as if the devil himself whips them. Then, the guitar and synthesizer kick in, and the sky explodes.

Melancholy drips from every wave-inspired guitar note. The longing seeks out the gaps between the uproarious drums.

Enola Reverof is a brand new Swiss indie project shrouded in mystery. Born in London, the fictional character Enola Reverof was drawn to the Swiss Alps to refine the sound dress. According to the people behind the project, Enola Reverof is a "personified safe space and invisible companion." That a good pinch of melancholy, nostalgia and longing resonates here is revealed when you read the name Enola Reverof backwards.

The very first single is called Bury. Enola Reverof says: "The song is about the search for romantic relationships in an increasingly fast-paced world." Somewhere between inflated expectations, perfectionism and overwhelm, Enola takes us back to what really matters: a meaningful relationship. This is underpinned in Bury with a dense garment of classic indie rock, drawing inspiration from New Wave.

Ginger And The Alchemists – fragile

An ode to fragility tenderly illustrated with a stunning arrangement.

Ginger And The Alchemists, the four-piece band around singer Carole Brunner from Winterthur, Switzerland, creates polyphonic works of art full of emotional intensity and honesty. So far, the group has released numerous singles and two EPs, Constant Search | Lost (2019) and Constant Search | Found (2020). Four new songs have already seen the light of day this year. Now, with fragile, a fifth track is added.

Fragile is a hymn to vulnerability. And it's an admission that the blows of fate in the past are not a flaw. The song tells of the fears of revealing oneself entirely to someone and the danger of no longer being honest even with oneself: "I got used to being strong on the outside, I even stopped showing myself my own weakness."
And then Ginger sings with conviction: "But now I know that being fragile is something beautiful." This line catapults fragile into the spheres of this year's most intimate and empowering love songs. The composition underpins the profound message, gentle and close in the verses, overwhelming and liberating in the chorus.

A comforting warmth radiates from within this song and fuels curiosity: what lies behind this complexity?

Not only wine flows from Sierre, but also the experimental sound of Tikom. The sonic acrobat has released his earthy yet universal compositions piece by piece since 2020. The first EP, Nocturne, is announced for this fall.

Andromeda is the closest galaxy to the Milky Way. And with Andromède, Tikom seduces us into the vastness of space. Nevertheless, the track is not a cold, empty vacuum: the song rustles and cracks, cisterns and blazes like the embers in the fireplace, radiating light and familiarity. This jazzy earthiness is juxtaposed with a sense of infinity, as if Tikom himself has put on the winged shoes of Perseus and is flying away with us.